​Biden's H1-B Approach Will Benefit Foreign Workers and US 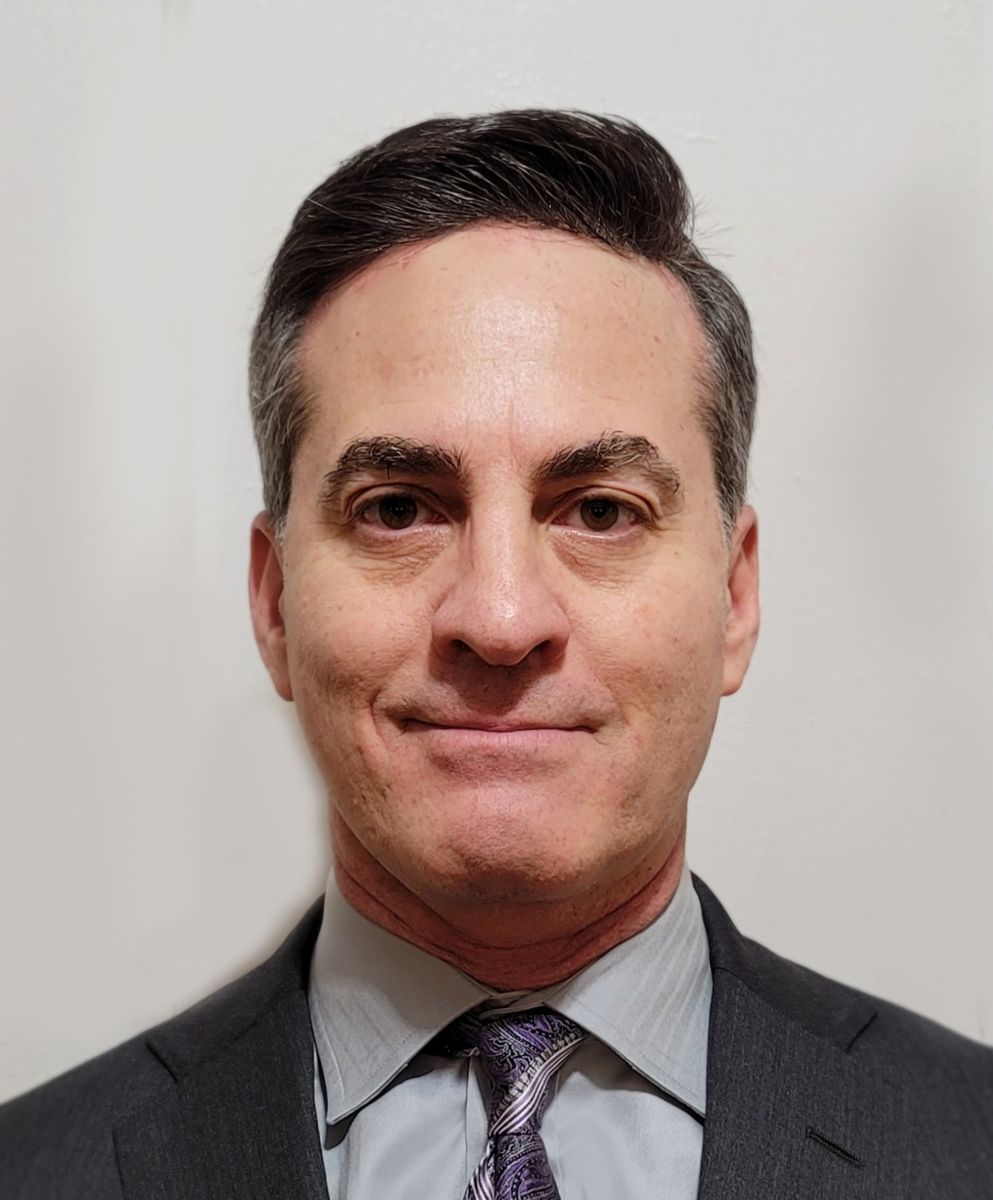 One of former President Donald Trump's signature issues involved his strong desire to remake the U.S. immigration system in all facets. The drastic changes and controversial policies implemented, such as the border wall, child separation "no tolerance" removal policy and political asylum restrictions, were accordingly wide in scope and gained significant notoriety for their big impact.

However, an area where these revolutionary changes manifested themselves in subtler ways involved the marked increase in impediments for legal immigration, including in the world of business immigration.

An area of business immigration greatly affected by Trump administration policy and its consequences involved the most common type of work visa status available — the H-1B visa program used for business professionals.

The H-1B visa is available to those hired to be employed and perform services in a "specialty occupation." This term is defined in the immigration regulations as an occupation that:
requires theoretical and practical application of a body of highly specialized knowledge in fields of human endeavor including, but not limited to, architecture, engineering, mathematics, physical sciences, social sciences, medicine and health, education, business specialties, accounting, law, theology, and the arts, and which requires the attainment of a bachelor's degree or higher in a specific specialty, or its equivalent, as a minimum of entry into the occupation in the United States. The inquiry into the nature of the occupation is essentially whether the position is a professional one requiring the minimum of a bachelor's degree or its equivalent in a related, specific area of study.

The adjudicatory framework then moves to an examination of the proposed beneficiary's credentials to confirm that she or he qualifies for the position.

Developments During the Trump Administration

Major developments in H-1B practice during the Trump administration that the Biden administration is now reconsidering or have reversed include the following issues:

Trump generally favored the adoption of a "merit-based" immigration system that was deeply rooted in emphasizing one's level of skills as the main determinant for immigration benefits. This position affected the policies used for determining those who were chosen to meet the annual cap quota for H-1B visa issuance.

For many years, the H-1B annual quota has been filled nearly instantaneously upon the commencement of the eligibility period. This situation led to the creation of the H-1B cap lottery wherein a completely random lottery system was used at the outset of each cap season to determine which applicants would be selected for one of the available cap slots and thus be afforded the opportunity to petition for and gain H-1B status each year.

The Trump administration recently attempted to change the lottery process to favor those applying at the highest wage levels, while disadvantaging those at lower levels such as entry-level workers or recently graduated students.

The new rule expressly authorizes U.S. Citizenship and Immigration Services to rank and select the pool of successful H-1B cap applicants based solely on the wage level at which the applicant's position resides. Under this framework, only the higher-paid workers in each occupational code will be selected.

Critics argue that this wage-based selection policy is not in accordance with the legislative intent and priorities of the various H-1B legislative measures implementing the program.

It will also in practice have a deleterious effect on those thousands of new college graduates every year who apply for a change from their student visa status to H-1B status so that they can remain in the U.S.

A possible position the current administration might take can be gleaned from the Biden campaign's official position paper on immigration.

It includes language stating President Joe Biden's intention to "work with Congress to first reform temporary visas to establish a wage-based allocation process and establish enforcement mechanisms to ensure they are aligned with the labor market and not used to undermine wages."

Restrictions/Narrowing of Eligibility For H-1B Status

The Trump administration understood that it would be unable to shepherd bipartisan immigration legislation through Congress to achieve its policy goals of curtailing legal immigration, including the H-1B program. It therefore turned to various policy memoranda and rules/regulations to restrict the ability of H-1B beneficiaries to obtain initial H-1B status or extensions of that status even after previous approval of that status, in many instances for the same position.

For example, Trump-era rules issued to curtail the use of the H-1B program included: Additionally, an interim rule was issued by Trump's U.S. Department of Labor that significantly increased the required wage levels at which H-1B employees were to be paid.

On March 22, in a major victory for H-1B advocates, Biden's DOL issued a new proposed rule delaying the implementation of this updated wage level structure to Jan. 1, 2023.

To start, the recently introduced U.S. Citizenship Act of 2021 includes provisions and reforms to the employment-based immigration system as a whole, such as: Furthermore, the Biden administration has taken H-1B-specific actions to rescind and change Trump-era policies regarding issues, including the employer/employee relationship definition, third-party worksite issues and specialty occupation-type initiatives discussed above.

Buy American and Hire American had served as the basis for many restrictive Trump immigration policies including (1) a rescission of USCIS's deference policy to prior approvals of case filings when adjudicating filings of extensions of validity of those originally approved cases; as well as (2) issuance of the now rescinded H-1B third-party worksite memorandum.

Another major development long sought by immigration advocates was the Biden administration's rescission of the 2017 Trump administration memorandum regarding the computer programmer job occupation category and whether it qualified as a specialty occupation.

The Trump memorandum had effectively disqualified the computer programmer occupation category as a specialty occupation. The U.S. Court of Appeals for the Ninth Circuit found this position to be arbitrary and capricious under the Chevron deference doctrine in its December 2020 Innova Solutions v. Baran decision.

The new Biden policy accordingly rescinds the Trump-era guidance and will have a major impact as the computer programmer occupation — and the information technology field in general — has been one of the most common occupations petitioned for in the H-1B classification category.

The above referenced changes by the Biden administration will have a significant cumulative impact on the utilization of the H-1B program by U.S. employers and potential foreign national applicants alike. The effects will reach even the best and brightest foreign nationals, who may choose to attend college in the U.S. with long-term plans to obtain H-1B status and settle here.

In fact, the Biden administration has also made reversing the Trump-era trend of declining foreign-national applications to U.S. schools a priority by reversing Trump administration policies that greatly increased scrutiny of the student Optional Practical Training, or OPT, and STEM OPT training programs and increased penalties for violations of status during the use of these programs, while also facilitating increased ease and convenience for student visas issuance.

More certainty, consistency and favorableness in the adjudication of H-1B petitions will likewise increase the attraction of the program for foreign nationals seeking a better life and pursuit of the American dream, as well as for employers large and small, planning their long-range business objectives and the steps needed to achieve them.

That being said, there are instances where Biden's political ideology's general proclivity toward moderation has frustrated some immigration advocates hoping for more drastic change.

Examples of issues where Biden has not yet gone as far as some pro-immigration leaders hoped in the H-1B realm include: However, on the whole, it is increasingly clear that the dark days of the Trump era for H-1B advocates and users have already given way to a rising sun.

H-1B visas are a crucial component of our legal immigration system, as they remain the main avenue for highly skilled foreign national professionals to work legally in the U.S. From this status, they can pursue permanent residence based on their employment and then eventually pursue U.S. citizenship — pursuing the American Dream while making positive contributions to our country.

Indeed, H-1B visas have been and continue to be used by many workers who become founders of major American companies — thus increasing job opportunities for American citizens — and medical professionals who save countless lives through their research and the invention of new therapeutic medicines while living in the U.S.

As expert immigration researcher and journalist Stuart Anderson explained in his October 2018 policy brief for the National Foundation For American Policy regarding the positive effects of legal immigration for our national economy,
Immigrants have started more than half (50 of 91, or 55%) of America's startup companies valued at $1 billion or more and are key members of management or product development teams in more than 80% of these companies. The research shows the increasing importance of immigrants in cutting-edge companies and the U.S. economy. … Since in every successful startup company each co-founder makes a key contribution to start the company and move it toward success, it is likely none of the billion-dollar companies with at least one immigrant founder would have been created or exist in the United States if the foreign-born founder had not been allowed to come to America. ... The research finds that among these privately held billion-dollar startup companies, immigrant founders have created an average of more than 1,200 jobs per company.

Therefore, it seems clear that temporary work visa programs such as the H-1B visa program have a positive effect on U.S. workers and the American economy in the long run.

Temporary work visa programs also give talented, high-skilled professional workers the opportunity to contribute to the American economic engine while increasing employment opportunities for all U.S. workers, including American citizens.

Accordingly, the Biden administration's more balanced approach to this program, which takes into account the positive effect of H-1B employment in the U.S., while at the same time protecting American citizens from any negative effects on their wages and opportunity for advancement and achievement, will be a most welcome change for U.S. immigrants and citizens.
www.twitter.com www.facebook.com www.linkedin.com